We are very happy to announce the release of the

The new version is huge step towards a faster and more robust modeling experience.

The new version includes the updated version of the AnyBody Managed Model Repository (AMMR 2.3) with many improvements and new examples.

For example, a large-scale gait MoCap example, and a new graphical interface (plugin) to scale models based on statistical data. See the AMMR Change Log for a detailed list of improvements and bug fixes.

The speed increase of actual analysis will depend on the model, the ratio of muscles which use wrapping. For many models it is a significant reduction in computation time. The algorithm is inspired by the work of Lloyd, Stavness and Fels (2019).

Using either the new or old wrapping solver the robustness of the solution has been greatly improved. Even large time steps will not cause muscles to suddenly fall through wrapping surface to the wrong side.

The model view remembers modification to the model view between model reloads. This makes much nicer to customize your own view without losing the view on reload. Likewise, an undo/redo button has been added to make it easier to work with the model view.

In general the speed of the model view has been improved, so it also works smoothly while simulations are running. 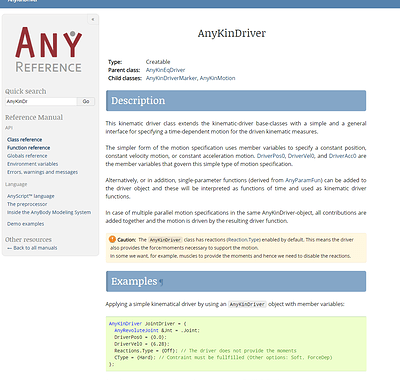 The reference manual is now a web page which can be search for more information.

Download AnyBody 7.3 now and see the full list of changes and bug fixes in the release notes. 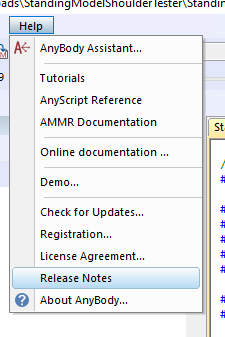 3 Likes
Wrapping force and FDK
How to add vibration