There are only two mates; a concentric mate and a coincident mate between the upper and the lower part of the brace as shown below: 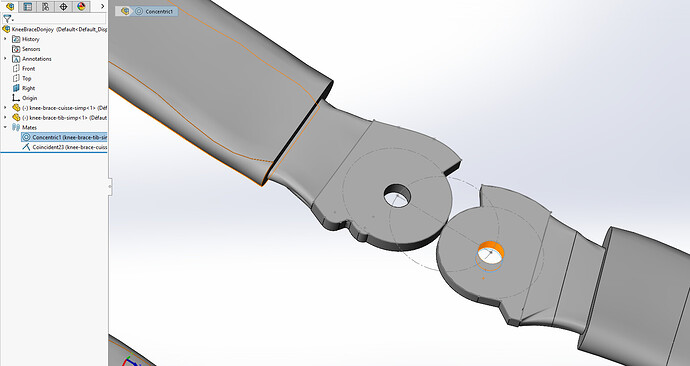 When in Anybody, the concentric mate only has two linear constraints, and the coincident mate has 2 linear and two rotational constraints which does not follow logic. 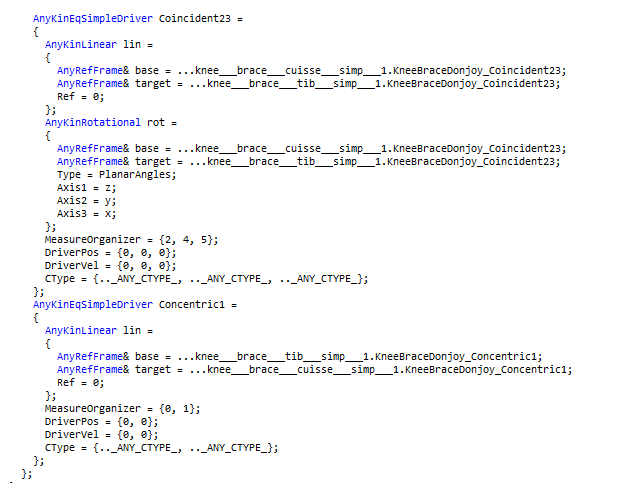 Then, in my main I try to add a rotational driver constraint, but it fails to compile when I am trying to load my model (note: the model loads properly when there is only the imported solidworks file (.any) inside the main). 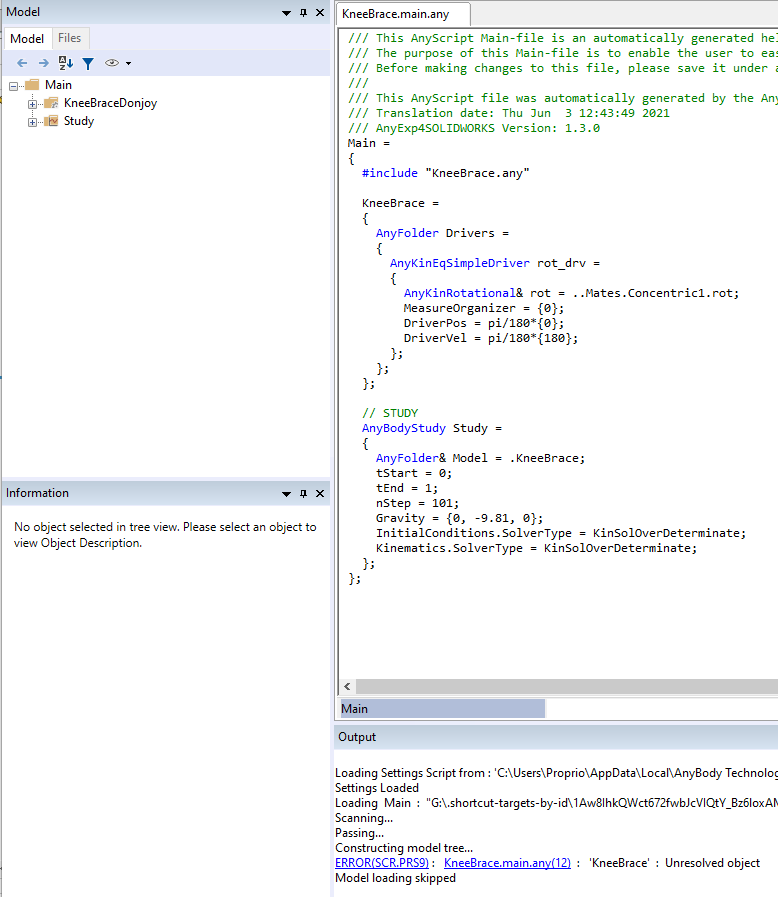 Thank you for taking the time to read this, I appreciate it !!

Thus I am a bit lost on how to proceed. If you have any idea that might help I would appreciate it !

I think you are counting them the wrong way.

The Concentric1 driver have a linear measure (x,y,z) between the two mentioned AnyRefFrame and the MeasureOrganizer states that it only constrains two of the three direction so you are right about that one.

The Coincident23 driver constrains one linear direction and two rotational directions. The MeasureOrganizer variables specifies which directions are constraint so it is the linear z and rotational y,z given by the 2,4,5.

The error you are getting is related to the path you are using to open the "KneeBrace" folder. From the image it looks like your KneeBrace object is either named "KneeBraceDonjoy or is a subfolder inside that one.

Instead of creating a new driver you can extend the existing to also include the DoF you need.
You add the direction you need to the measure organizer so "3" to target the first direction of the rot measure. and add a 0 to the DriverPos and DriverVel + a constraint type to the CType parameter.